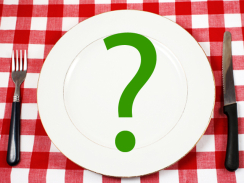 Nearly two-thirds of Americans who are obese try to lose weight, and about 40% of them actually succeed. How did they do it? The old-school way: By eating less, exercising more and switching to more healthful foods, according to a new study.

That’s not to say that the appeal of fad diets, pre-made diet foods and over-the-counter pills escaped these dieters. But none of these strategies worked. “Liquid diets, nonprescription diet pills and popular diets showed no association with successful weight loss,” according to a study published online Tuesday by the American Journal of Preventive Medicine.

Researchers from Beth Israel Deaconess Medical Center in Boston looked at data collected as part of the National Health and Nutrition Examination Survey, a project of the Centers for Disease Control and Prevention’s National Center for Health Statistics. Study participants get physical examinations and answer detailed questions about their health and diets.

Between 2001 and 2006, the researchers identified 4,021 adults who had been obese for at least a year before participating in the survey. Among them, 2,523 – or 63% – said they had tried to lose weight in the previous 12 months. And among them, 1,026 – or 41% – were able to shed at least 5% of their body weight, a feat that may sound trivial but has been shown to improve health in previous studies. Even better, 510 people – or 20% – succeeded in losing at least 10% of their body weight, which is what the National Institutes of Health recommends.

Here’s what the dieters tried that worked:

* 41% switched to foods with fewer calories

* 4% took weight-loss medications that were prescribed by a doctor

Here’s what the dieters tried that didn’t work:

Among the dieters who lost at least 10% of their body fat, joining a weight loss program was helpful too. The researchers speculate that “the structure of being in a program” was useful in and of itself, even though many such programs involve eating specially prepared foods (a strategy that, on its own, did not help obese people in this study).

To those dieters out there eager to believe that there’s a shortcut by which they can slim down with less pain and less sacrifice, the study authors essentially said, “Forget it.”

You can read the study online here.

Return to the Booster Shots blog.