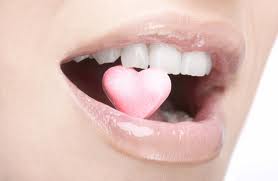 Believe it or not, you may have a better chance of dodging the common cold during winter than sidedestepping gum disease.

Consider:
More than 75% of American adults have some form of the disease, according to the University of Maryland Medical Center. Why so many?
Everyone’s mouth is loaded with bacteria, and if the microbes move below the gum line, periodontal (gum) desease can take hold.
Symptoms include swollen gums, gums that bleed (especially after brushing), bad breath and receding gums.
While gum problems such as those will certainly take a toll on your smile, vanity isn’t the only thing you should be concerned about. Turns out, the same inflammatory molecules reponsible for making your gums red and tender can make their way into the bloodstream, causing inflammation and infection elsewhere in the body – including the heart – and exacerbating conditions like diabetes.
Finnish doctors first  made the connection more than two decades ago, when they found that patients with heart disease ofthen had advanced periodontal disease. Since then, more than 50 studies have demonstrated a link between tooth loss, gum disease and cardiovascular conditions.
The good news? Periodontal disease is completely preventable! Start by following these basics from the American Dental Association:

If you have diabetes.

Chronically high blood sugar levels cause inflammation in the gums, which can allow bacteria and germs into the bloodstream. When that happens, infection can take hold, causing the release of inflammatory proteins that make blood sugar control even harder. Your best defense? Stay on top of your oral care and keep your blood sugar in line to preserve your smile and defeat diabetes!